The National Biodiversity Data Centre (NBDC), based in Waterford, has been tracking the fortunes of Ireland’s butterfly populations since 2008. Using 2008 as the baseline for abundance, the recording scheme used by the NBDC the Irish Butterfly Monitoring Scheme (IBMS), involves 26-weekly transect walks carried out during the main flight period from April 1 to September 30. This scheme tracks abundance and flight periods. In addition, the Five-visit Monitoring Scheme also collects data on abundance.

The news emerging from the NBDC over the past two years is concerning. In 2020 and last year the multi-species index showed that once again there was a moderate decline in the number of butterflies flying when compared to the baseline year of 2008 (the start of the monitoring scheme). In terms of the individual species trends, no species shows a positive trend with only two species having ‘stable’ trends and all other species showing either ‘declining‘ or ‘uncertain’ trends when compared to the baseline year of 2008.

In Britain, a new Red List has been published this year, showing that half of Britain’s remaining butterfly species are listed as threatened or near threatened. The Irish Red List, published in 2010 and outdated classifies 33% of our species as threatened or near threatened. The List should have been re-evaluated in 2020 but will now be revised following the collation of data for the Irish Butterfly Atlas 2017-2021, probably in 2023.

When the Irish list is re-evaluated, it is likely that some additional species will be red-listed.

Nostalgia often leads us to think that the past was a better time, and butterfly memories charm reminiscence. We recall times of butterfly abundance in fields and gardens, but the absence or scarcity of data means verification of abundance trends is elusive. What can be gleaned from records taken before 2008 are some indications of distribution change.

It is quite clear why some butterflies are no longer found in certain places. Clearly, when land is built on, the composition of species that live on the land will change, with some doing well, such as the Holly Blue, which finds suburbia highly convivial, and others, like the Wall Brown, disappearing. The more disturbing and mysterious feature of butterfly loss is when a species has vanished, but the habitat remains, apparently unchanged. Subtler forces are at play when this occurs, and such circumstances can be difficult to discover and may be beyond our ability to address.

Some land use changes that cause distribution loss are avoidable and often irreversible. The widescale drainage of bogs, afforestation of bogs and peat extraction has certainly reduced the distribution of bog species, especially the Large Heath butterfly. Extensive changes in land management, particularly farmed land, have powerful impacts on butterflies, especially because 85% of our land is farmed.

A relatively new threat is the impacts arising from introduced invasive alien species, especially along hedges and stone walls in the countryside. The rampant weed, Montbretia, is a serious pest species, forming dense bands along hedgerows, eliminating all native herbs that butterflies, moths and other invertebrates require for their life cycles. This problem is increasingly acute, because of the increased relative biodiversity value of our native hedges and associated extended margins. Recently, Montbretia is appearing along the boreens of the Burren to sinister effect.

We appeal to everyone, especially if you live in a rural area, to remove this plant. It can be easily pulled up and the bulbs will yield easily. These must be destroyed. There are websites that advise on the eradication of this extremely damaging weed. 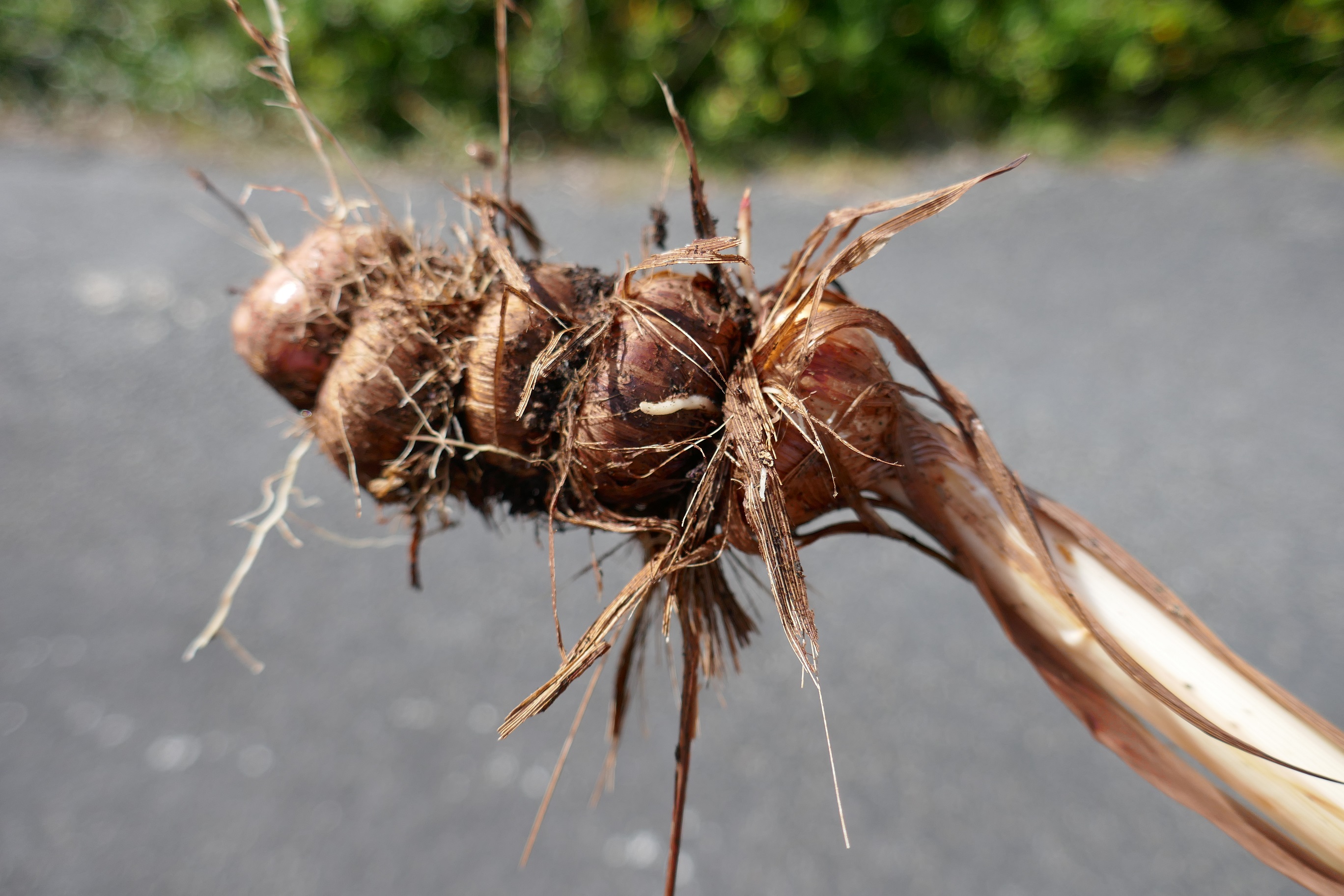 Another culprit is Fuchsia, a shrub that often accompanies Montbretia, and which is another invasive alien species that displaces native plants. While undeniably pretty, the plant has very little value as a breeding plant, unlike the native shrubs it crowds out. It is hard to get rid of once established and may need to be killed using an herbicide. Our advice is to avoid planting it and grow a native shrub instead.

If the avoidable threats from introducing non-native plants cannot be dealt with, our deeper problems are even less likely to be tackled. However, conservation is also about what not to do.

Do not grow non-native plants, unless you want them in your garden, but make sure they stay there. Do not buy peat for the garden or the fireplace. Leave peat where it belongs, in the bog. Do not buy electricity from wind or solar suppliers if the electricity they generate is derived from infrastructure built on bogs. Our bogs have taken all the abuse they can, and more. They must be re-wetted and allowed to begin recovery of their distinctive habitats and carbon capture capacity.

On top of the things that we need not do, there is a lengthy to-do list. Much of this relates to changes needed in the way our land is farmed, and this is a huge policy question internationally. The widescale use of chemicals is a very significant challenge along with the use of single or reduced-species swards to graze livestock.

A related, and global challenge to biodiversity, of which butterflies are one of the most charismatic and visible symbols, is climate change. Climate change is strongly associated with the over-exploitation issues already stated, as well as its link with industrialisation. Pollution, which is a driver of climate change also changes the soil conditions needed by butterfly foodplants, while increasing temperatures cause a complex range of challenges and outcomes which vary according to species and location.

Therefore, issues such as land use changes and climate change influence butterfly distributions, but the NBDC report quoted in the introduction deals with abundance trends (and flight times) in other words, how large our populations are compared with their 2008 baseline.

When only two out of our 35 butterfly species are recorded as having a stable population, we should not doubt that our butterflies and wildlife generally are under pressure, as a direct result of our behaviour.

The two stable species are the Peacock and Brimstone, although the evidence so far submitted to Butterfly Conservation Ireland this year suggests abundance declines for both in 2022.

There is a group of butterflies that are not as widespread as these but are still widely distributed but more specialised in their requirements. Two examples are given here.

The IBMS report 2021 does not make any attempt to interpret the reasons for these declines but changes in how land is farmed must be the greatest influence on populations. Chemical usage is a major factor driving declines. Two doses of NPK fertiliser per year plus an application of herbicide rids grasslands of plant diversity and benefits a small number of vigorous grasses. Add to that the spread of non-native, invasive species on the last strips of farmland, the hedge and strip of parallel land at the field margins, especially adjoining public roads, and the last vestige of habitat is lost.

There is little doubt that habitat loss is the major factor driving the current declines of widespread butterflies, and that widespread, severe environmental degradation is the key issue. With a degraded environment, resisting and adapting to climate change is becoming impossible.

We get what we deserve.

In F. Scott Fitzgerald’s novel, The Great Gatsby, an incident occurs when a drunken guest who attended Gatsby’s party crashes the car into a wall, causing it to lose a wheel.

“But how did it happen? Did you run into the wall?”

“Don’t ask me”, said Owl Eyes, washing his hands of the whole matter. “I know very little about driving-next to nothing. It happened, and that’s all I know.”

“Well, if you’re a bad driver you oughtn’t to be driving at night.”

“You don’t understand,” explained the criminal. “I wasn’t driving. There’s another man in the car.”

…a pale dangling individual stepped out of the wreck, pawing tentatively at the ground with a large uncertain dancing shoe.

“Wha’s matter?” he inquired calmly. “Did we run outa gas?”

Half a dozen fingers pointed at the amputated wheel-he stared at it for a moment, and then looked upward as though he suspected that it had dropped from the sky.

“It came off,” someone explained.

… “Wonder’ff tell me where there’s a gas station?”

At least a dozen men, some of them a little better than he was, explained to him that wheel and car were no longer joined by any physical bond.

“Back out,” he suggested after a moment. “Put her in reverse.”

This incident foreshadows a much more serious car accident later when the consequences of human excess, irresponsibility, and delusion destroy the most vulnerable in the story. The motor car operates as a symbol of wealth, status, individualism, and human achievement yet it plays a major role in the destruction of idealism and happiness. The novel implies the moral and ecological bankruptcy of man’s exploitation of nature when the serious accident occurs in a grotesque “valley of ashes,” an industrial wasteland presided over by a billboard showing pair of sightless eyes, mistaken by a grieving character for the eyes of God. Without seeing where we are heading, without heeding the relationship between our treatment of  Earth’s ecosystems and our reliance on them, we will lose more than our butterflies.

The butterfly is a symbol of all that is good and healthy in our world. Where they abound in their diversity of species, the ecosystems are healthy and functioning as they should be. As August stands on the doorstep of September, enjoy the butterfly spectacle now on show in nectar-rich gardens. Spectacular though it is it will be of short duration. Their brevity and vulnerability should touch us to respect and love our butterflies and the landscapes they represent even more.